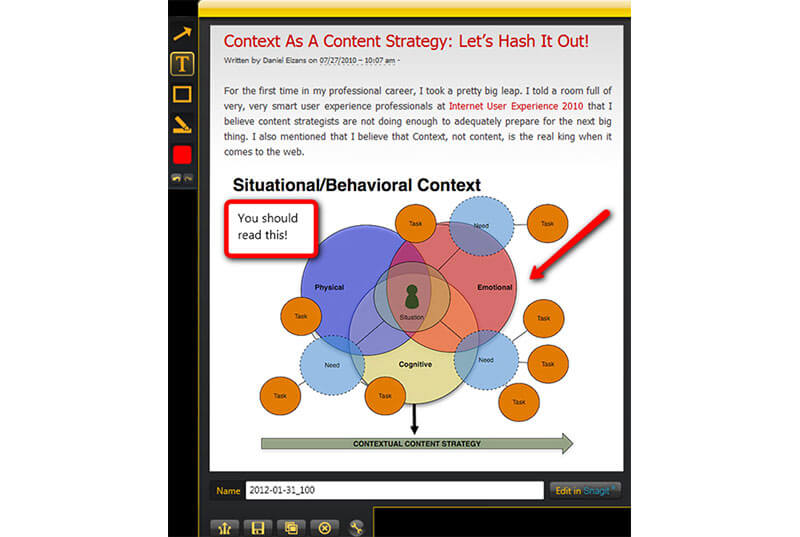 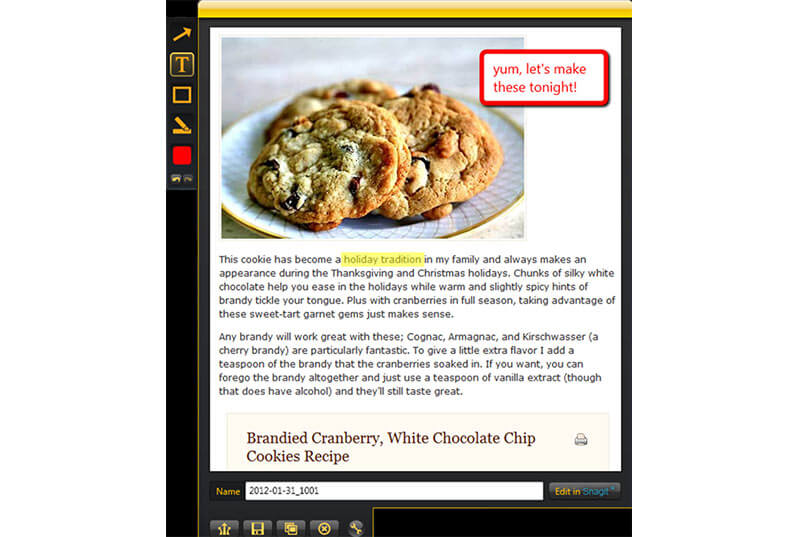 The team of developers at TechSmith Corporation issued the updated version of Capture 2.9.15255 on May 18, 2020 for the users of Windows 10 (64-bit). TechSmith Capture, which was formerly known as Jing, is a screen capturing software that allows its users to record the screen and capture pictures easily. The software also provides an option to share the output with others over video and image-sharing platforms.

The software has been updated to Capture instead of Jing as the .SWF format as provided by Adobe has been discontinued. The review of TechSmith Capture (Jing) shows that the services of the upgraded software have now been provided to the user through other platforms. The software has been created by the developers keeping in view its alignment with other products from tech Smith like  Snagit and Camtasia. Download the free version of TechSmith Capture (Jing) and capture your computer’s screen effectively.

What’s New in this Version of TechSmith Capture (Jing):

The creators of Jing have upgraded the software to TechSmith Capture as Adobe has discontinued its Flash files program. The software is now better than the previous version and based on a platform other than .SWF (Shockwave Flash). An option to set up an uploading queue has been added to synchronize uploads when the internet connection is poor.

The uploaded files now consist of capturing time instead of uploading. The bug of V that forced to stop videos from playing has been fixed. The feedback survey link has been removed as the survey is complete from the creators’ end. The queue of uploading files will be saved to path %LocalAppData%RelayRecorder_Settings\UploadQueue from now on. Uploading resilience of the software has been proved. Other minor bugs have been fixed and changes have been made.

TechSmith Capture is a great software to record screens and capture screenshots. The best feature of the software is that it allows the user to upload videos and pictures as captured from the software directly to different portals from the software itself. The software is quite lightweight and yet multiple options and features for screen capturing. The outputs can be readily saved on the disk or shared with friends, family, and colleagues.

The users can also share the outputs through or upload them to Screencast or TechSmith Knowmia accounts. The user can record videos from a webcam while inserting audio through a microphone. It provides an option to capture the whole screen or any specific part in high quality.

The major attractions of the screen recording software are:

The following are the main advantages of the screen recording software:

The following are the main disadvantages of the screen recording software:

TechSmith Capture (Jing) is an effective way to record or capture a screen and save or share it on different platforms. The history section of the software allows the users to group files according to the requirements of the user. The software also provides content summarizing thumbnails for the user to recognize all while looking for one.

Some issues might be faced by the user with the software but all in all the software is very effective to use. Compatibility features and options are provided in the software which helps in creating the desired output in lesser time. The uploading queue feature is a big time-saver while working with a slow internet connection. Download the free version of TechSmith Capture (Jing) and use the snipping tool to record the screen according to your needs.